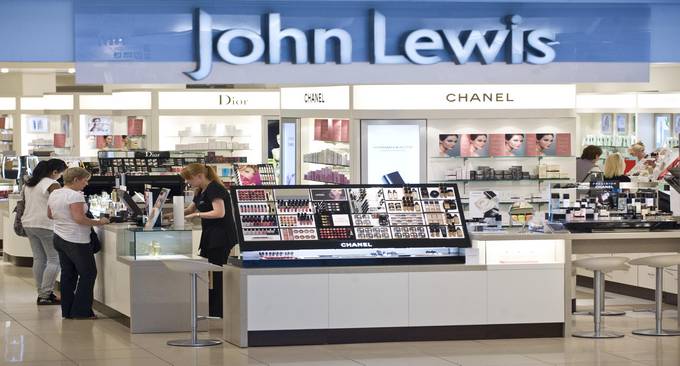 UK Department Store John Lewis was fined £20,000 in 2010 after failing to follow appropriate safety procedures concerning asbestos checks, resulting in the possible exposure of the dangerous substance to 15 construction workers.

The exposure occurred during a refurbishment of management offices at the department stores Edinburgh branch in Scotland. Contractors Morris and Spottiswood were hired to carry out the renovation works at the St James Centre store in July 2008.

In accordance with demolition and refurbishment procedure, a “Type Three” asbestos check should have been carried out before commencement of the work, this type of check is noted as meaning “getting into every nook and cranny to ensure there is no risk of asbestos exposure”. The Court heard that neither of the two companies carried out the necessary “Type 3” check for asbestos before they allowed the workmen to begin.

Instead, they used a “Type 2” check, suitable for day-to-day checks of households only, which resulted in a board with asbestos material going undetected, while unsuspecting workmen started taking down partition walls, and brushing away dust materials with their hands.

On discovering the suspect board, a joiner alerted his superiors and the work was halted.

However, the court heard that the work was allowed to recommence after the contracters failed to identify the correct board and take it away for testing.

“My client is in no way denying that they made mistakes.

“This has been a learning curve for John Lewis.

“They did carry out a type two check on the area before beginning so it is not as though they neglected to do any sort of safety check – they just got it wrong.

“But I think the important thing to note is that no one got hurt.”

Sheriff McGovern said the safety checks could have been carried out by either company, and both should have ensured that it had been done.

Barry Matheson, managing director, John Lewis Edinburgh, said: “John Lewis takes the health and safety of our Partners (staff) and customers very seriously, and has developed extensive procedures to ensure our network of shops across the UK are safe places to work and shop.

“During office refurbishments in 2008 however, there was an isolated incident when the protocol for asbestos testing was not properly followed in our Edinburgh shop. The incident occurred in an area that is not accessible to the public and our customers were not at risk at any time.

“Since the incident, we have implemented comprehensive new training for Partners backed-up by refresher courses, clearer communication and senior management involvement, ensuring we always enforce strict procedure with all health and safety matters.”

Mr Fife reported that his client had spent 3000 man hours and £100,000 “to ensure nothing like this would happen again”.

John Lewis, along with contractors Morris and Spottiswood both pleaded guilty to breaches of health and safety under the Control of Asbestos Regulations 2006, the Construction (Design and Management) Regulations and the Management of Health and Safety at Work Regulations 1999.

Sheriff Jarvie said that both companies would have been fined £30,000 had they not admitted their mistake at such an early stage. “Both companies took effective and immediate action after the error occurred and neither could be blamed for being cavalier, and since the incident I am satisfied that new systems have been put in place to make sure this never happens again.”

In the UK it is estimated that over 4,000 people die from asbestos related diseases every year. While the work being undertaken at the John Lewis store was only minor the potential for exposure without proper checks was high. Asbestos related diseases can take years to develop and while unlikely with a low exposure there is potential for this matter to resurface years later if any of the contractors develop symptoms. For John Lewis this simple lack of procedure being followed cost an immediate £20,000, a further 3000 man hours and £100,000 in internal asbestos training and awareness. The contractor was also fined £20,000. Regardless of who was responsible both parties had a duty to ensure the safety of their employees and others their business interacts with, both failed in this duty and were fined equally.

In Australia buildings built prior to 1990 are generally assumed to contain asbestos and adequate procedures to ensure its identification must be followed. If at any time you are unsure if a building contains asbestos you MUST assume it does. For assistance in asbestos identification and management I have found Carter Corporation to be an exceptional service provider.